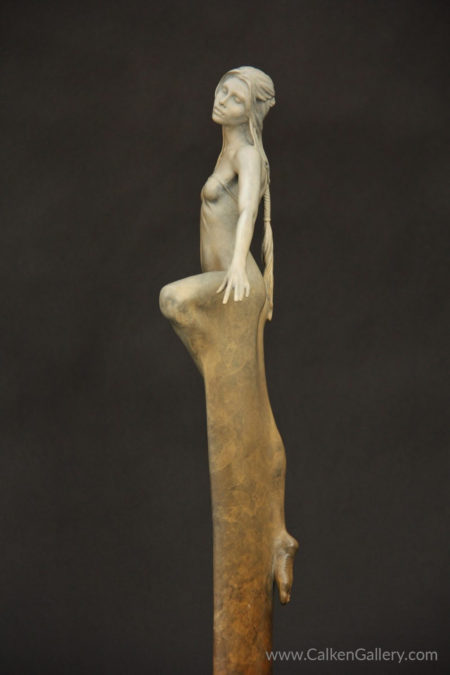 Solstice captures a moment, a still point in a turning world, rising, drawn to be lost in dance and shape and balance. The warm embrace of the sun on her skin, on her life and on her spirit.

If you would like to know more about this artwork or the artist, or you would like to enquire about pricing or payment methods then please call Naomi on the number below or complete the form and we will get back to you as soon as possible.

The ‘Maquette’ is the stage on from the ‘Sketch’ in Michael’s creative process. When Michael is designing a sculpture he will often create a sketch (a rough 3D sculpture to experiment with the form, balance and composition of the figure for the intended study). Once he’s happy with the sketch he’ll move on to a scaled down model of the intended piece, which he calls the maquette stage. This will again be a rough scale model but a more fleshed out version.

We were so taken by what we saw in Michael’s studio when we came across the Emergent sketches and maquettes in their raw form, that we persuaded Michael to hone each piece so that we could cast them into these two beautiful stand-alone collections.

There are no reviews yet.